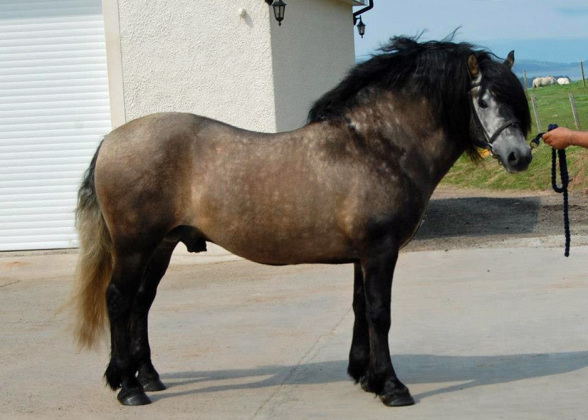 Jed has huge presence and carries valuable old bloodlines through both his sire & dam. We are delighted with the foals he is leaving us, stamping them with quality, good movement and lovely temperaments.

His progeny are now having success in the show-ring both in-hand and ridden classes. His son Carlung Winston is now licenced.

Glenvale Guardsman arrived at Carlung in 2019 and we are delighted that he has now joined us permanently here. He has excellent bone, movement and a lovely temperament which he is passing on to his foals 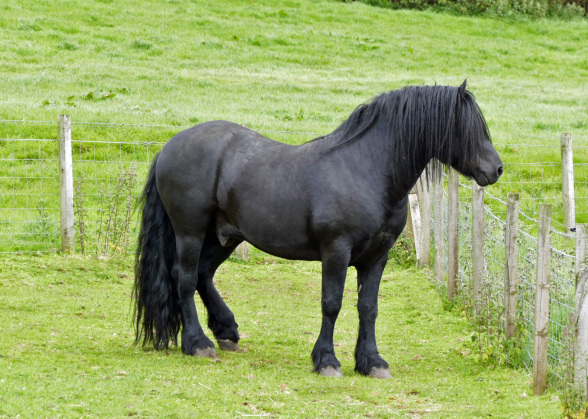 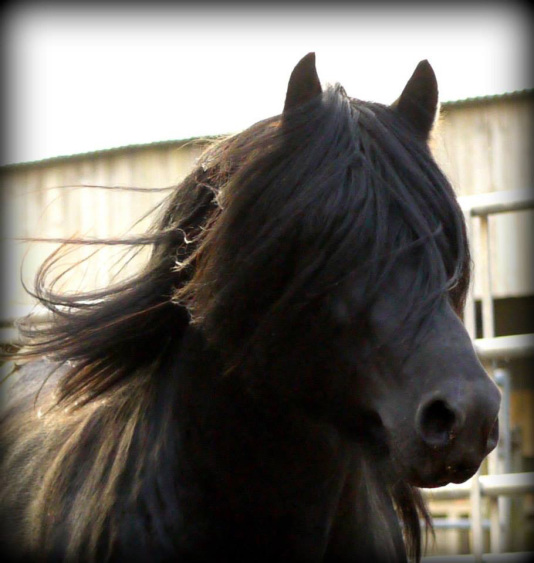 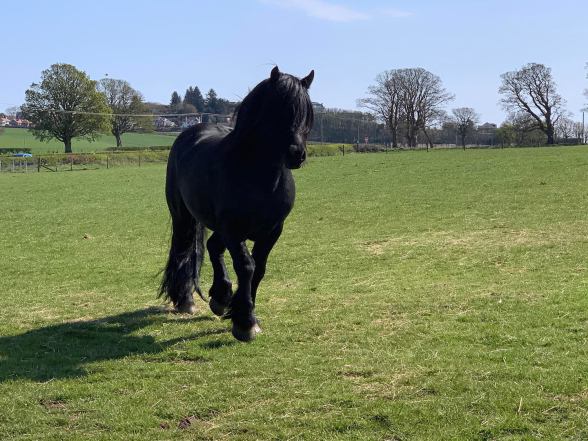 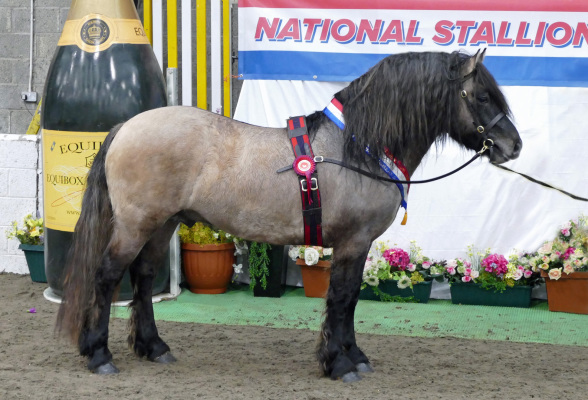 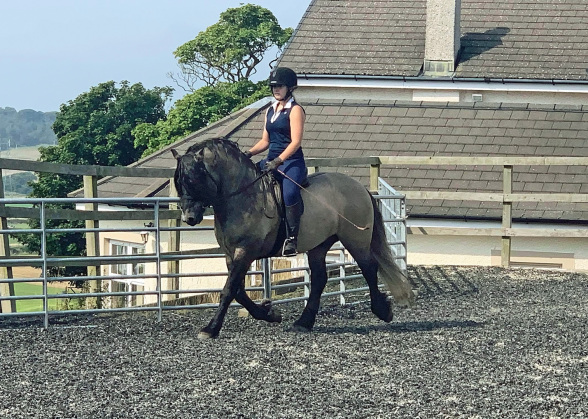 Like his father Jed, Winston has huge presence and will carry on valuable bloodlines here at Carlung. Now broken to ride he is being brought on slowly with everything and showing great promise.

The following ponies are sadly no longer with us or have moved on to new homes. However they played an important part in the development of our breeding stock here at Carlung & therefore deserve a place on this page. 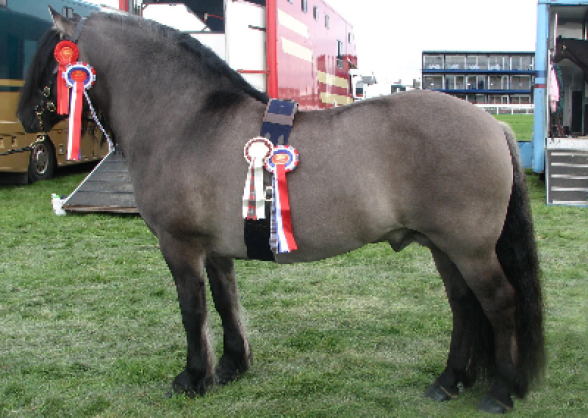 Feargus had bone, a fantastic temperament & all the characteristics of a traditional Highland Pony and is very sadly missed. Leaving us excellent stock and with great success in the show-ring he was Highland Pony Overall Champion & Light Horse Supreme Champion at the 2010 Ayr County Show. Later that season, he was awarded the Male Championship at the 2010 Royal Highland Show.

4yo Stallion Carlung Xephyr now carries on his bloodlines at Carlung 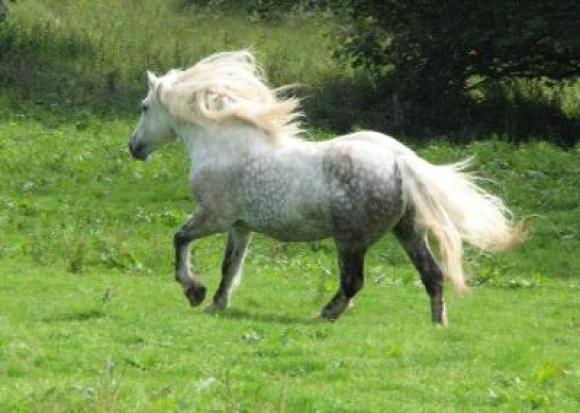 Brisbane Glen of Carlung, also known as Biff, was our senior and first home bred stallion here at Carlung. A proven sire of both in-hand & ridden champions he had an excellent temperament & movement which he passed on to his progeny. Sadly no longer with us his bloodlines have had a significant influence on the stock here at Carlung.

Scarba had bone, temperament and all the characteristics of a traditional Highland Pony which he passed on to his progeny. Sadly no longer with us he left us lovely stock which run on in our bloodlines here at Carlung. 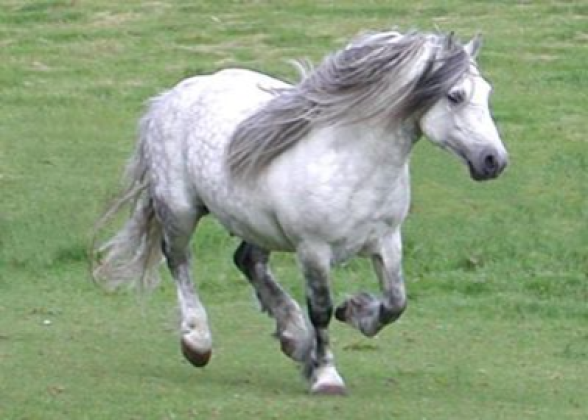 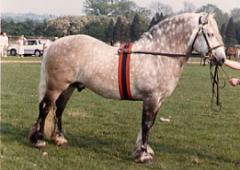 Major was our foundation stallion and stood at Carlung from 1994 until his untimely death in 1997 when he sadly died after complications following colic surgery. A prolific breeding stallion in his time, his bloodlines have had a significant influence in the breed. His son, Brisbane Glen of Carlung sired three Royal Highland Show Female Champions for us with Grace of Carlung going on to take the Supreme Championship title in 2005. His son Carlung Feargus was Male Champion in 2010 & another daughter Lauren of Carlung was Reserve In-Hand Champion at the 2016 Highland Pony Society Breed Show. 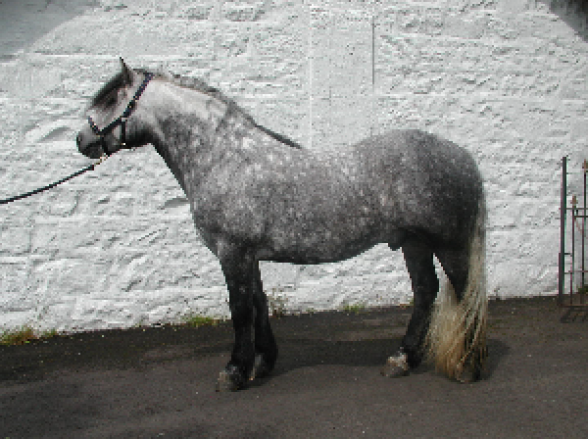 Valiant was bought from his breeder as a 2yo colt & stood here at Carlung as a stallion from 1997 untill 2001, when after the result of an accident he had to be gelded. Broken to saddle he was kept as a ridden gelding until he sadly had to be put to sleep due to a foot injury in 2004.

He left us quality foals with two of his sons Carlung Ebony & Carlung Findlay licenced stallions and his bloodlines carried on here at Carlung through his grandson Carlung Jed.

An exceptionally free moving pony with a tremendous temperament he was quite happy to carry a child or an adult and is sadly missed. 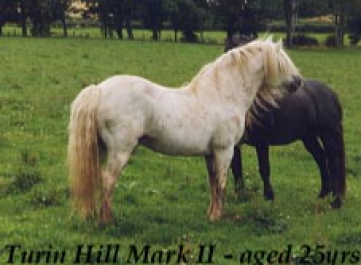 Bred by the late Elizabeth Compton, Mark lived his last years here at Carlung from 1997 till 2000 when he died of old age at 27 years old. He carried notable old bloodlines including Knocknagael in his pedigree which have been carried on in the bloodlines here at Carlung. 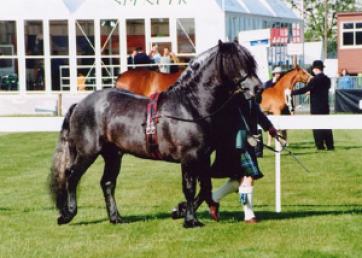 Ebony left us some excellent stock & stood at Carlung until 2006 when he was sold to follow a ridden career. Lightly shown by us as a 3yo he was Champion at the 2002 National Stallion Show & 3rd in the Junior Stallion Class at the 2002 Royal Highland Show.

In 2003, along with two other Highland Pony stallions (Balmoral Moss & Fyfedene), Ebony was selected by the Rare Breed Survival Trust to stand at Genus as part of an AI programme to protect the future of our rare breeds having been identified as carrying valuable bloodlines in his pedigree.

Over the years he has proven himself as a sire of performance ponies being awarded leading Highland Pony sire at the Horse of the Year Show 2012.

His stock still carry on his bloodlines through our own stallion Carlung Jed. 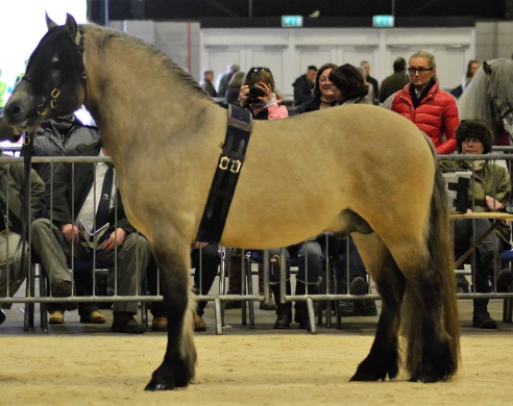 Bought from his breeder Gordon & Ann Towns as a weaned colt in 2012, Affric was a lovely free moving stallion. He had his first show outing at the 2015 Royal Highland Show, winning his class he won the Pitscandly Perpetual Trophy for best 3yo Stallion and was awarded Male Youngstock Champion.